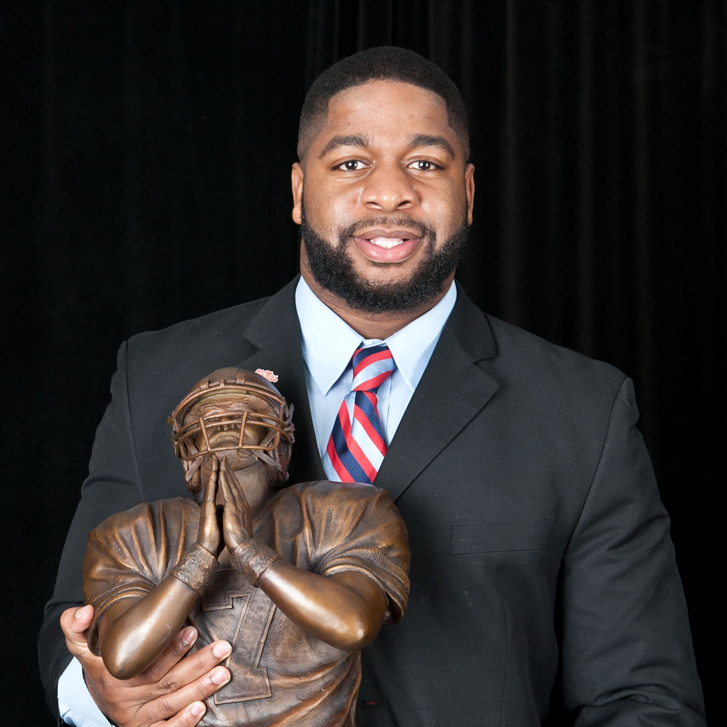 Shackelford, a rare sixth-year senior, has two degrees from the University of Mississippi, a bachelor’s degree in history and a master’s degree in higher education, and achieved his PhD in Education in May 2019. The Decatur, AL native has helped lead two mission trips to Haiti and Panama while also mentoring local Oxford youth. He has been actively involved in the Oxford, MS community, helping lead efforts to fight hunger and raise funds for cancer research. He is also a highly sought-after speaker for school, community and church groups and is a dedicated member of the Fellowship of Christian Athletes.

The Rebels’ starting middle linebacker is a five-time selection to the SEC Academic Honor Roll, a two-time semifinalist for the National Football Foundation Scholar-Athlete Award, a two-time member of the SEC Community Service Team, and all while currently helping Ole Miss to lead the nation in scoring defense in 2014. He eventually wants to get his PhD and become a college athletic director, but not before he tries his luck in the NFL.

Determination and hard work have always been second nature to Deterrian. Former Ole Miss Coach Houston Nutt remembers the first time he visited Shackelford’s  Alabama high school and his coach said that he was the hardest working player he had ever had. When Nutt saw Shackelford go through a workout, he thought to himself that this guy was special.

After signing with the Rebels, he was one of the better defensive players in the SEC being named to the 2009 SEC All-Freshman Team. After his second year of play, Deterrian had a knee injury requiring surgery and missed the entire 2011 and 2012 football seasons with multiple knee surgeries. He remained a vocal team leader throughout those trying times and became one of the top playmakers on one of the nation’s leading defensive units.

This is the third time Shackelford was nominated by Ole Miss for the Wuerffel Trophy (2010, 2013). He was named Captain of the 2014 Allstate AFCA Good Works Team, is a two-time member of the SEC Community Service Team, and was a semifinalist for the 2013 Coach Wooden Citizenship Cup Award.

NOW : After earning his PhD, DT is using his gift of communication to inspire and mentor others, especially those in underserved communities.  A professional speaker and dedicated to helping those in need, he now resides in West Chicago. 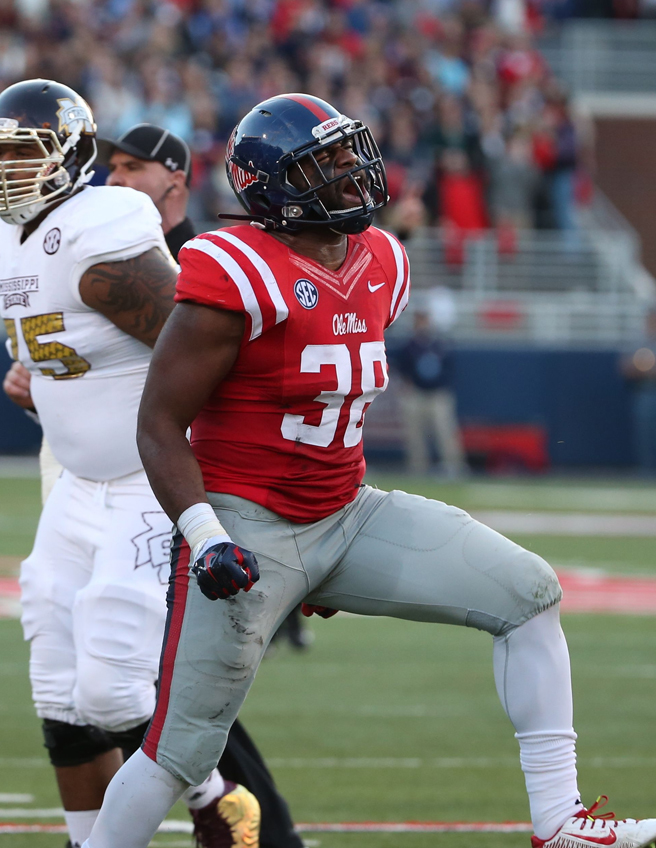 It all started growing up as a young boy in Decatur, Alabama. He set his eyes on the prize as a 10th grader in high … 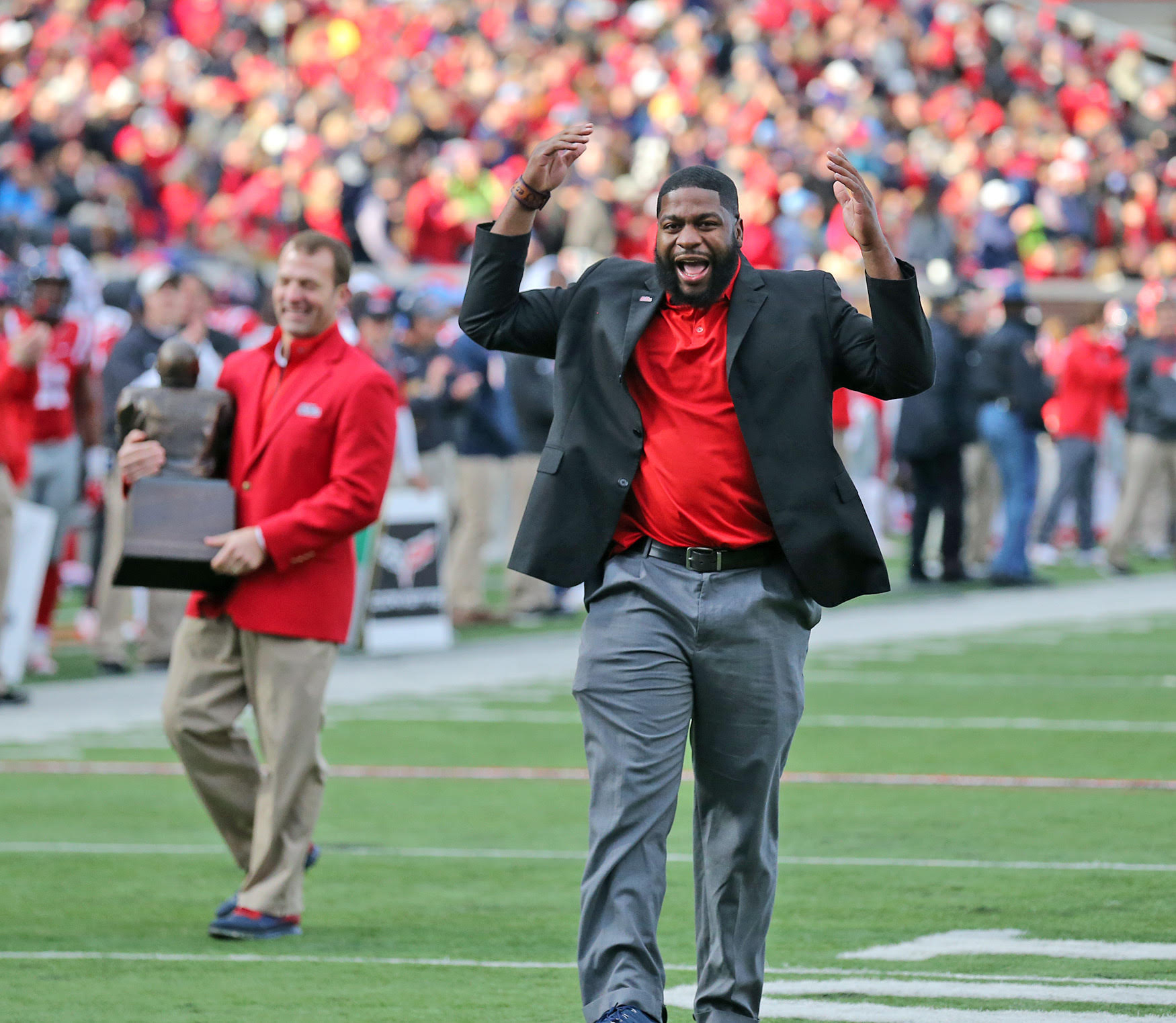 BY: OleMissSports.com, Phil Mayer NFF Correspondent Who would think that a life-changing event would come from a Facebook message? For former Ole Miss linebacker Deterrian (D.T.) … 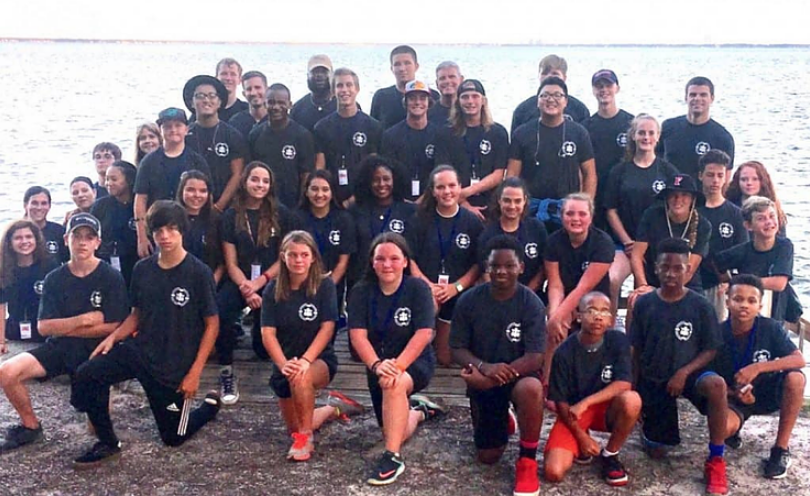 One of the duties of being a Wuerffel Trophy recipient is returning each February to welcome the new winner to the family.   One of … 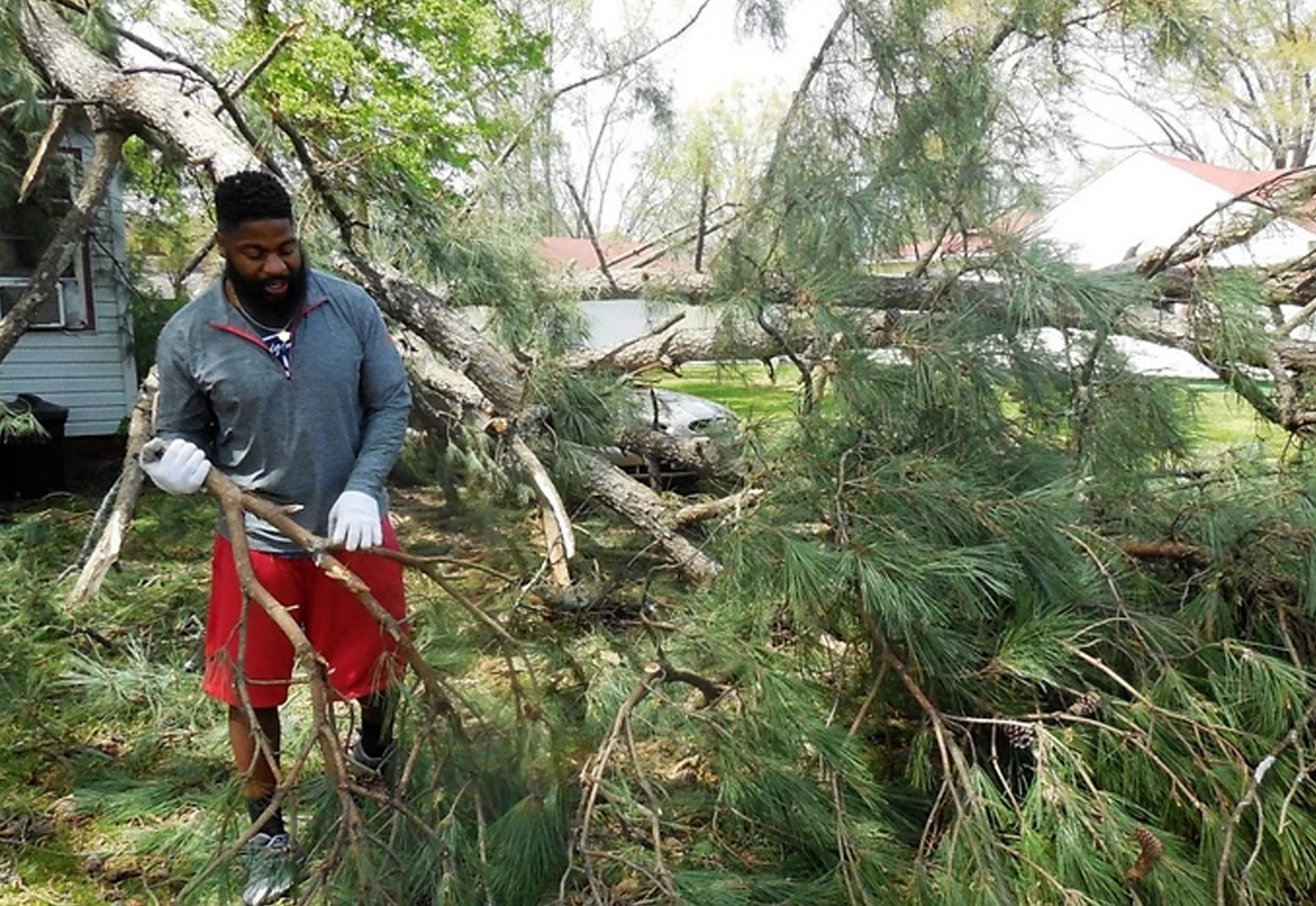 By Michael Wetzel – DecaturDaily.com Some people have hired laborers to cut trees that damaged their homes in Tuesday night’s storm. Some recruited the help …