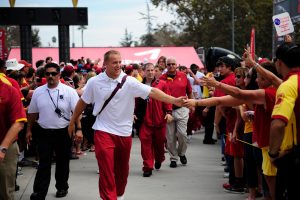 USC senior quarterback Matt Barkley has been named the 2012 winner of the Wuerffel Trophy, given to the college football player who best combines exemplary community service with athletic and academic achievement.

The award, presented annually since 2005 by the All-Sports Association of Fort Walton Beach (Fla.), is named after former Florida and NFL quarterback Danny Wuerffel, the 1996 Heisman Trophy winner who is recognized for his humanitarian and community service efforts.

Barkley will be presented with the Wuerffel Trophy at the All-Sports Association’s annual banquet on Feb. 8, 2013, at the Emerald Coast Convention Center in Fort Walton Beach. 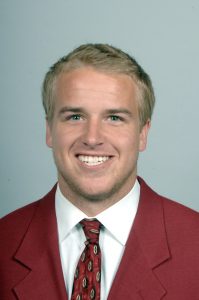 “Not only is Matt a phenomenal quarterback, he’s also an exceptional person,” said Wuerffel. “From the things he has done off the field to the way that he’s given of himself completely, he deserves every honor that comes his way. I’m proud to welcome him and he will be a fine member of the Wuerffel Trophy family.”

He also was a Wuerffel finalist in 2011.

The communication major with a 3.21 GPA was named a 2012 National Football Foundation National Scholar-Athlete. He and 15 of his USC teammates spent five days in Haiti in the spring of 2012 building homes and assisting those in need. He spent 11 days during 2010 Christmas break in Nigeria visiting orphans, widows, villagers and prisoners, doing construction work, distributing supplies and gifts and sharing daily fellowship. 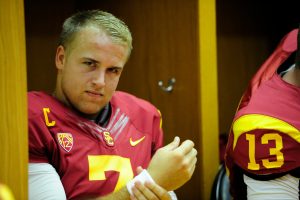