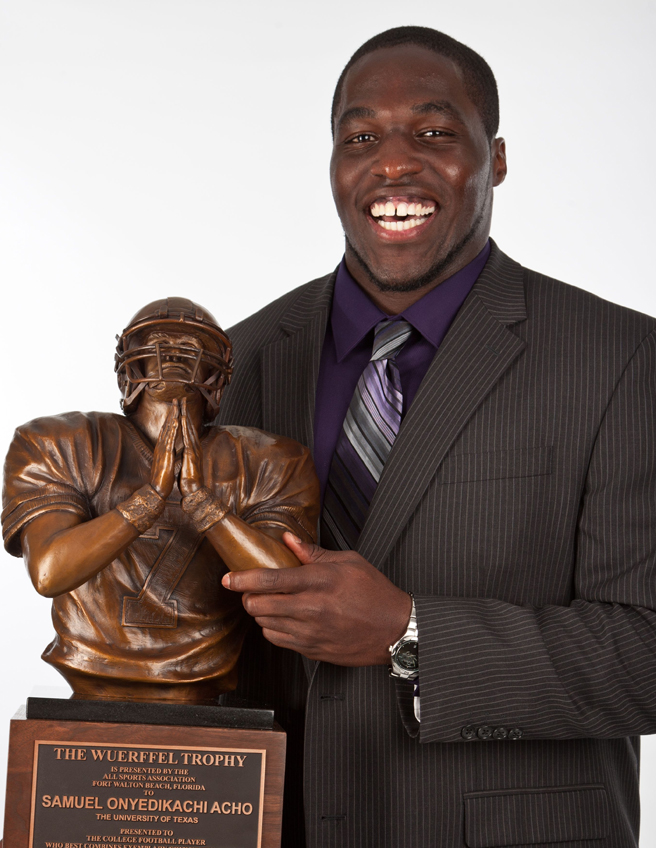 The University of Texas star is exactly the kind of player the National Selection Committee wanted to find. As a defensive end, Acho impressed the fans recording 59 tackles, including 17 for a loss, along with nine sacks, 17 quarterback hurries, five forced fumbles and five fumble recoveries. Those numbers put him in contention for the Lott Trophy, which goes to the nation’s top defensive IMPACT player.

His community service resume is just as impressive as his list of football accomplishments. Along with dedicating countless hours to community efforts in Texas, Acho and his family have made several medical mission trips to his father’s and mother’s native country of Nigeria. Once there, they provide free medical care to a small village that has extremely limited access to doctors, and Acho called it “hands-down the most fun and most meaningful piece of community work that I do.” As for the classroom, Acho, a business major, maintains a 3.55 GPA.

“Sam is as committed of a young man to his team, community, faith and family as anyone I have ever coached,” Texas head football coach Mack Brown said. “He works as hard on the field as any player I’ve been around and is tireless in his efforts off the field. … Sam is a tremendous leader and just epitomizes the meaning behind student-athlete.”

NOW : After a stellar career in the NFL with the Arizona Cardinals, Chicago Bears, Buffalo Bills and Tampa Bay Buccaneers, Sam is continues his life’s mission of serving others in cities where he has called home.

2010 Wuerffel Trophy Recipient, Sam Acho of the University of Texas, shares his motivation behind his new book in our exclusive podcast below. Most of … 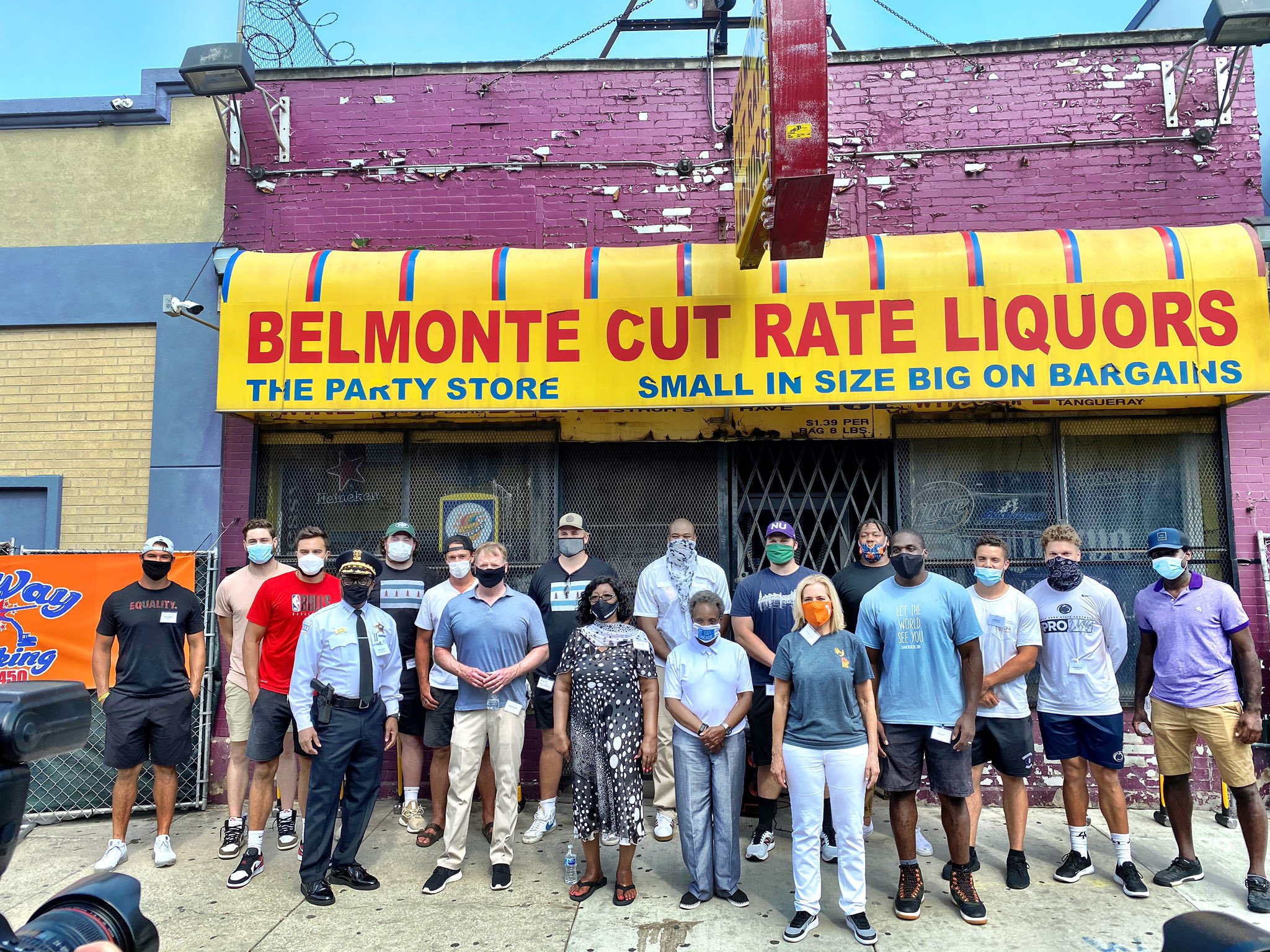 Sam Acho is on mission to make a difference. The former Bears linebacker raised $500,000 to buy Belmonte Cut Rate Liquors on the West Side … 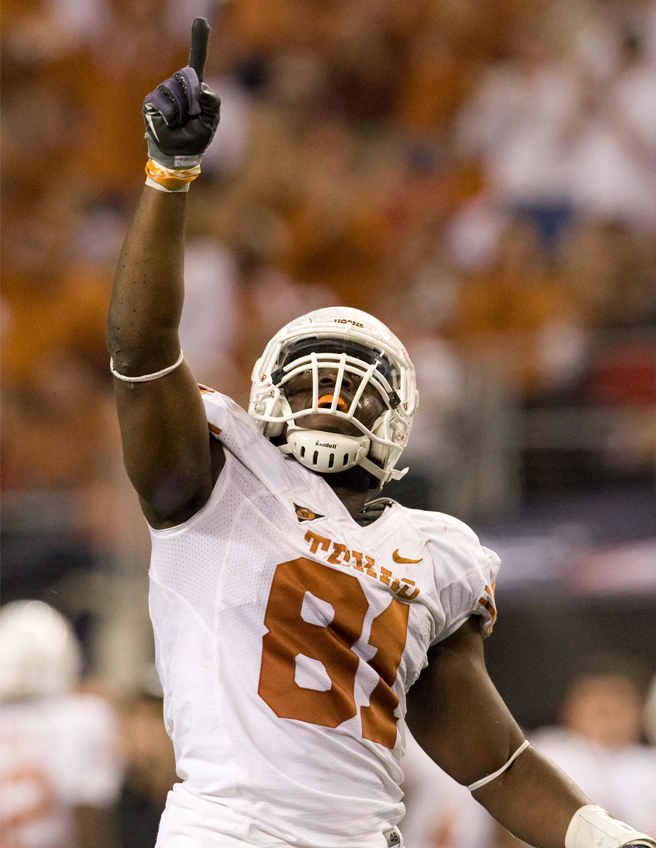 Even in between his 2019 season as an outside linebacker with the Tampa Bay Buccaneers, his role in negotiating the new NFL Collective Bargaining Agreement … 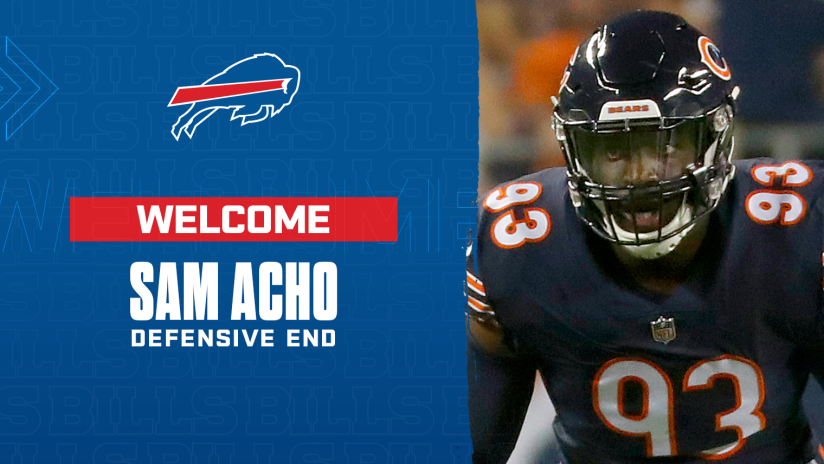 Acho Signs As A Free Agent With Buffalo Bills

2010 Wuerffel Trophy recipient Sam Acho has a new home as it was announced he signed a free agent contract with the Buffalo Bills. Acho …