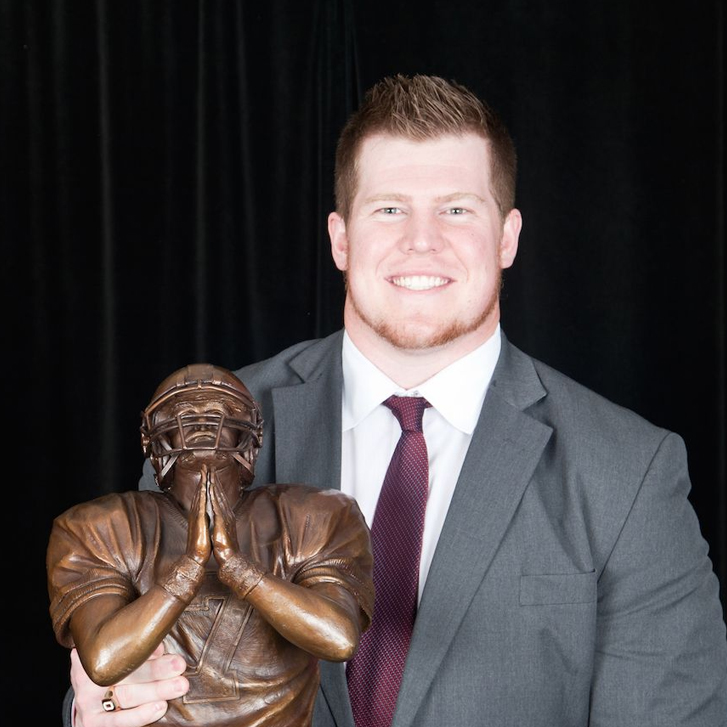 University of Oklahoma center Ty Darlington is this year’s recipient of the Wuerffel Trophy. The Apopka, Florida native has played a key role in Oklahoma’s offense, leading the Sooners to the 2015 Big 12 Conference title. The team played Clemson in the 2015 Capital One Orange Bowl on Dec. 31 in the College Football Playoff Semifinals after posting an 11-1 record in the regular season. Darlington leads a Sooners offense that is nationally-ranked in the top five in scoring and the top ten in total offense. Oklahoma had more than 500 yards of total offense in nine of its 12 games, and Darlington guided the Sooners to six games of more than 250 rushing yards and four games of more than 400 passing yards. He blocked for eight individual 100-yard rushing performances in 2015 while helping the team average 45.8 points per game and outscore opponents by 300 points.
The recipient of the 2015 1A FAR Academic Excellence Award, Darlington has been called “an athletics director in training” by Oklahoma Director of Athletics Joe Castiglione. He boasts an impressive academic resume as a two-time First-Team Academic All-American and two-time First Team Academic All-District selection. Darlington maintained a 3.91 GPA while earning a bachelor’s degree in arts and sciences in just two and a half years. The 2015 Big 12 Scholar-Athlete of the Year for football graduated in December 2014 and is already working toward a master’s degree in higher education.
Darlington twice visited Haiti as part of the Mission of Hope program, repairing damage caused by a massive earthquake. He also represented the Big 12 at the 2015 NCAA Convention and at the conference’s “State of College Athletics” Forum. Darlington was also named the 26th recipient of the William V. Campbell Trophy, presented by Fidelity Investments, as well as a member of the 2014 NFF National Scholar-Athlete Class. “Ty Darlington’s exceptional accomplishments rank him among the best student-athletes in the history of our sport” said NFF President & CEO Steven J. Hatchell. “He truly embodies the NFF’s mission of building leaders through football, and we are proud to have him as a member of this elite fraternity. We look forward to watching the future unfold for this incredible young man.” He is the second University of Oklahoma player, and the 3rd player from the Big 12 Conference, to win the Wuerffel Trophy.
NOW : After a stint in the NFL with the Tennessee Titans, Ty now serves as an Offensive Analyst with the Oklahoma Sooners. 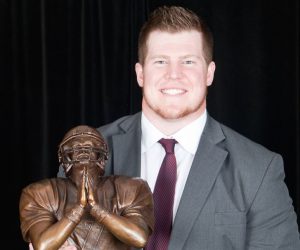 By: Ty Darlington, TyDarlington.wordpress.com This wasn’t the plan.  It wasn’t even Plan B…Or Plan C…Or D… Or E. It wasn’t a possible outcome… At least not in … 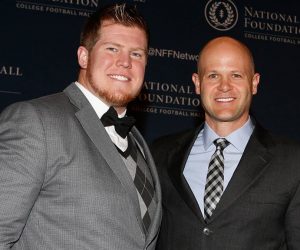 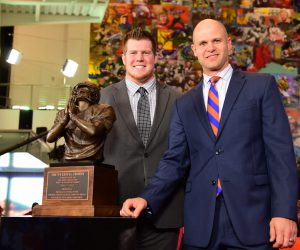 Photos and video from Ty Darlington of University of Oklahoma being named 2015 Wuerffel Trophy recipient.